"With a sharp tongue and a short fuse, Qara has a large fiery personality trapped in a petite body. While her clothes are elegant and sophisticated, her crimson hair is short and disheveled, the result of her constantly running her hands through her hair in moments of emotion. Qara wears her passion visibly; her white cheeks blush red when she’s mad and her hands move with her words when she’s excited. Her large green eyes are often rolling in frustration as rarely a moment goes by when something doesn’t annoy or outright anger her."

The earliest you can recruit Qara is level 3, at which point her unimproved stats are Str 10, Dex 14, Con 14, Int 12, Wis 11 and Cha 17 (point buy 34 vs. 32 for a normal build). She starts with feats of Spell Focus (Evocation) and Greater Spell Focus (Evocation) at level one and Combat Casting at level three.  These feats and her default spell selection favor a battlemage role in the party -- inflicting maximum damage on as great a number of enemies as possible.

Other than the usual - maximize her Concentration and Spellcraft like any other spellcaster - there is nothing important to say about Qara's skills, especially since she only gets 4 skill points per level.  A single point into Tumble allows her to make Tumble checks. A single point into Use Magic Device allows her to use any divine scroll or wand (this is not true if you install the second expansion pack, which makes scrolls and wands only useable with very high UMD).  Heal and Alchemy are optional skills for her to use points on, but these are of little consequence.

Sorcerers benefit from metamagic more than wizards since they can access any known spell on the fly, which is also essential to make them really effective despite their short list of available spells. Choose Empower Spell over Maximize Spell since it gives 50% more damage for 2 levels higher, while Maximize Spell only does about 65% more for 3 levels higher. Besides, better spells of similar types often exist 3 levels higher. Silent Spell would allow her to still cast against later Cleric opponents. With Empower Spell and Silent Spell she will be able to, for example, cast Magic Missiles on 1st, 2nd and 3rd level slots. Extend Spell allows to improve some of the more short lasting spells, especially buffs, and is prerequisite for Persistent Spell. Persistent Haste and persistent Death Armor are useful and a few others exist on this list of spells. There are only a few persistent haste items in the game (e.g.: Swift Flier in the OC and Heart of Rashman in MoTB).

Spell Focus, Arcane Defense and Greater Spell Focus are popular feat choices. The benefit is equivalent to having your primary casting attribute raised by 2 points for Spell Focus and 4 points for Greater Focus. Arcane defense adds 1 point to your saves only on that particular spell class. By default Qara will only focus on the Evocation school.

To boost Qara's Armor Class the player may select Light Armor proficiency in conjunction with some investment in the use magic device skill (6 points by Character Level 9 is sufficient). This will allow her to wear the Eldritch Chain Shirt sold by Deekin for an easy, albeit expensive, arcane spell-failure free +6 to AC.

Alternatively, if you get Qara early enough and pick Able Learner at 6th level, she could move up more easily with UMD or possibly become a stealthy party member. Quite often she is in the position of having dealt out the most damage in a round and draws all the remaining opponents fire the next round. So the moving UMD up will get her into the monk gear for her defense. Taking Shield Proficiency with a Mithral shield could complement monk gear giving her a decent AC. However this would leave her with only 2 or 3 meta magic feats, a big trade off.

It is possible, but rather pointless, to take craft feats with a sorcerer like Qara. Casters who have a broad selection of spells to choose from are much better with crafting, and Elanee, Sand and Zhjaeve together can already craft everything in the game.

A possible levelup plan for Qara:

This is intended for normal or easy difficulty. On true DnD and hardcore, you'll hurt your own party a lot with these spells, especially with Fireburst and Greater Fireburst which center on the caster.

Feel free to vary this plan as you see fit.

Basically you should give yourself more options - add defense spells, party buffs, summoning (albeit careful because these slots might become slotwasters when Qara levels up, plus she can only have one summon at a time anyway), and get attack spells that disable instead of only damage, and on different saves (for example, "Cloud of Bewilderment" has a Fortitude Save and is therefore good against enemy casters, while "Tasha's Hideous Laughter" has a Will Save and is good against fighters or thieves, even with the -4 penalty for anything but humans. "Ray of Enfeeblement" has NO save at all, uber strong for a level 1 spell, but sadly the effect isn't huge either), and get damage spells of different damage types so you are not helpless if you meet an opponent that is immune to fire, and finally, get something against opponents with Magic Resistance (there seems to be no way to reduce other kinds of resistances).

And finally, take into account Qaras focus into Evocation that makes spells of that school harder to resist than spells from other schools.

With Qara, it hurts much more than with other characters that she got her initial levels without any guidance from the side of the player. You can however correct this quite easily; simply have Qara in party and select her with a right click on her person. Enable debugmode, give the commands givexp -<current xp> and givexp <current xp>, then disable debugmode again. Qara will now be a level 1 character with the spells Burning Hands and Magic Missile, but with all xp to level her back to your current groups level. This way you can give her a good spell selection from the very beginning on.

Qara is dropout of the Neverwinter Academy of Magic located in the Blacklake District. Magic comes naturally to her and she doesn't place value in studying tomes and brewing potions.  Instead she believes that instinct and first-hand experience are better teachers. She is often criticized by others for showing no control or restraint for her powers, which usually end up with Qara causing extensive property damage.  Qara in turn looks down on those she perceives with lesser abilities, particularly wizards like Sand, who need to put in a great amount of time and effort in order to master the Art. This attitude of superiority made her rather unpopular within the Academy and she is often the topic of gossips and rumors, to which she tends to overreact, like setting one of the houses on fire or causing physical harm to those spreading the rumors. It has also been mentioned in passing the she is the daughter of the Academy's headmaster, but this detail is not expanded upon.

After dropping out of the Academy, Qara is involved in an altercation with Glina and another wizard from the Academy and damages part of the roof the Sunken Flagon. Following intervention from the PC, she may be forced by Duncan Farlong to work as a tavern wench to pay for the damage she caused. Shortly after, she is attacked by other students from the Academy (Ashni and Praven), until they were stopped by Glina's father, Johcris, who told Qara that she would pay dearly for threatening his daughter. Jorchis enlists the help of Sydney Natale, a Host Tower Mage from Luskan, who summons an Animus Elemental (the darkside of Qara's powers) that would destroy Qara with her own powers, in exchange for access to Academy students for the Arcane Brotherhood. The Animus begins to stalk Qara and may attack her and the PC on numerous occasions, however each time they are unable to fully destroy the creature, though Qara seems to grow weaker after the fight.

Qara's fate at the end of the quest depends on the PC's influence with both her and Sand. If the PC has greater or equal influence with Sand, Qara joins Black Garius out of petty hatred for Sand and a feeling of being held back. If the PC has higher influence with Qara than Sand, Sand joins Garius instead out of fear of Qara. Note that Qara does not necessarily stay with the PC out of personal loyalty but rather her intense dislike of Sand.

Mask of the Betrayer

If the player determines in a conversation that Sand left the group instead of Qara, Ammon Jerro tells the PC that even though she was powerful, "that foolish girl didn't stand a chance against a boulder that split her skull", and he presumes that she was killed by falling rubble. Much like Bishop, Qara meets her end either on the way out of the Vale or in her ill-fated battle against the PC and those loyal to him or her.

Qara is extremely temperamental and aggressive and intensely resents the notions of discipline and restraint. She is enthralled with her own natural power (especially the ability to create fire) and gleefully utilizes it whenever possible. She is rather quick to issue threats (usually of arson), and is highly intolerant of suggestions that contradict her views. Despite this, she is not completely self-absorbed and shows genuine concern when she encounters a former classmate being corrupted by a shadow priest. 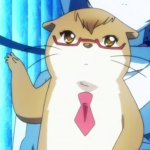