Spells such as Fear are more powerful in Neverwinter Nights 2 than in pen and paper due to the limits the game engine places upon player actions which are more restrictive. In pen and paper a frightened character must flee, but can choose the path of his retreat. Further, if he can no longer see (or otherwise detect) the source of his fear he can then act normally, although the reappearance of the threat will cause him to flee once more as long as the fear effect is still active.

In Neverwinter Nights 2 victims of Fear are forced to fumble around aimlessly, often eventually stumbling into a corner and then standing helpless while being pummeled mercilessly for the duration of the effect. While Fear victims do not lose as many defenses as, say, a paralyzed victim, the long duration of a spell like Fear is often a death sentence in a battle due to the utter inability to act for so long. 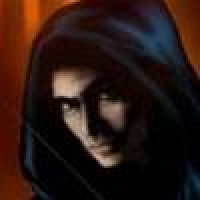