This article is about the creature. For the feat, see Summon Familiar.

A familiar is a small creature that is magically linked to its owner.

Familiars are summoned creatures and can be summoned or unsummoned freely unless they are killed. They do not try to engage in combat, and usually just follow behind the master. While summoned, they grant a bonus that is roughly the equivalent of a feat. As the master advances, so do the familiars. They gain more hit points, better saving throws, and so on. They also gain evasion and spell resistance. During character creation, they can be named. They are intended to essentially be small buff totems and cool looking pets.

Familiars can be directly controlled.

If a familiar is killed, the master suffers -2 to Constitution for 8 hours and cannot summon the familiar again until he or she has rested. [1]

Unlike NWN, all of the creatures available as familiars are ordinary animals. [2] [3]

The creature types will be defined in 2DA files, so the choices may be modified very easily (add/subtract). [4] Owls, ravens and snakes are not available, because the creature models were never made. [5] 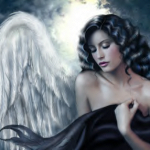 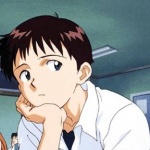