This article is about the creature. For the feat, see animal companion (feat).

Animal companions are loyal allies in any battle. As your character gains experience, his or her animal companion will also grow in power.

How to get an Animal Companion

Note: Animal companion levels stack from different classes. For example a Druid 15/ Cleric 15 (with animal domain) will have a full level companion. Tested and confirmed in final NWN2 version.

Side by side comparison

The badger is a furry animal with a squat, powerful body. Its strong forelimbs are armed with long claws for digging. Badgers may be small, but they are capable of flying into a berserk rage, becomming a devastating whirlwind of teeth and claws.

Notes: Overall the Badger is an excellent choice if you want a pet that has a high armor class that hits very often with his attacks. His hit points are a healthy average and should last an extra long time when coupled with Bark skin and Cat's grace to increase his armor class. Unfortunately they do poor damage compared to other pets except when raging--and even then, it's only for a temporary period. That said, a savvy player can best take advantage of the Badger's very high hit chance by increasing his damage through full buffing (e.g. Bull's Strength or Awaken, Jagged tooth, and Greater magic fang).

Wolves are pack hunters known for their persistence and cunning. In combat, wolves possess the capability to knock down an opponent.

Notes: Wolves are a little more of a strategic pet than the other animal companions. Their armor class, health, attack bonus, and damage are all considered average; but his strength lies in his ability to Knockdown a foe. When successful, this will of course temporarily incapacitate an enemy leaving you and your party free to continue attacking or do other things, such as casting a heal spell, for a short period of time.

These immensely strong creatures can weigh more than 1,800 pounds and can stand nearly 9 feet tall when they rear up on their hind legs. As animal companions, bears don't have any special abilities, but they make up for it with sheer brute strength.

Notes: The brown bear is for players who want a pet that is a little bit better in most respects, but has no special abilities. His armor class is average but the brown bear's hit points and attack bonus is the second highest of all the companions. His Will save is slightly above average thanks to the Iron will feat. And his damage steadily increase over time from 1d4+3 to 1d8+6 placing the brown bear as the winner of the highest damage award; but only by only a hair.

Boars are tough, tenacious opponents, able to continue fighting when most other creatures would already be dead. Boars are harder to kill than any other animal companion.

Notes: While not the prettiest thing to look at, the boar is the toughest of all the animal companions. They have the highest hit points in the game, the highest armor class, and the second highest damage. They are also a little harder to sneak up on due to their Alertness feat which gives them a +2 bonus to Spot and Listen checks.

While not the strongest and hardiest of animal companions, the giant spider makes up for it with agility and a poisonous bite.

Notes: The giant spider is definitely not a pet choice for the faint hearted. His attack bonus and armor class are only average, and his hit points are the lowest of all the pets. That said, his Will save is slightly above average thanks to the Iron will, they do above average damage, and have a chance to do an additional 1d6 strength damage with their debilitating poison.

Panthers are the stealthiest of the animal companions, capable of approaching within striking distance before their intended prey is even aware of them. By then, it's usually too late.

Notes: This pet is a good choice if you can take advantage of its stealth skills. The Panther receives +3 to Hide and Move Silently from skill focus feats, in addition to benefitting from high dexterity. They are also a little harder to sneak up on due to their Alertness feat which gives them a +2 bonus to Spot and Listen checks. The Panther is an average combatant. If you are looking for a pure tank, the Brown Bear or Boar would be better choices. 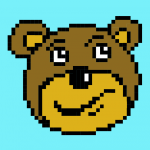 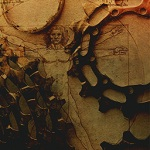